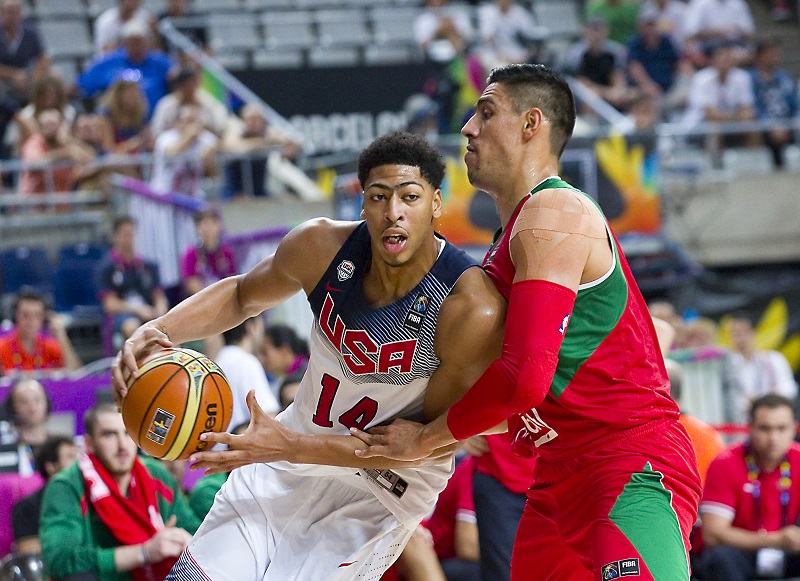 During the first half in the Lakers game against the Utah Jazz, Anthony Davis suffered a right ankle sprain. Davis was jumping to catch a pass and when he came down to the court his right ankle turned outward. Immediate swelling was noted to his ankle but x-rays that were taken on-site were negative for any fracture. Initial reports say that Davis will be out at least 2 weeks due to the ankle sprain. He is scheduled for an MRI to evaluate the damage of the soft tissue.

Ankle sprains are a common basketball injury, mostly because there is constant running, jumping, cutting, and stop-and-go motions. Like Anthony Davis, coming down on another player’s foot can be the cause of an ankle injury. An ankle sprain is described as a stretching or tearing of ligaments that hold bones of a joint together. Ankle sprains can be divided into high ankle sprains and low ankle sprain depending on which ligaments are injured. Low ankle sprains, which are much more common, can be further classified into grades 1-3 depending on the severity.

Most common treatment includes immobilization and physical therapy. Ankle sprains are diagnosed clinically with pain, swelling, and tenderness over the ligaments. X-rays are used rule out a fracture. If pain persists, an MRI may be utilized to evaluate for severity and other soft tissue injury. Most cases are able to return after a course of functional rehabilitation and bracing. If previous activity is not able to be achieved, possible surgical treatment may need to be performed to reconstruct the ligaments.

Anthony Davis is reported to be out until after the All-star break and will be reevaluated. Hopefully, for him and the Lakers, he will be able to return after a short course of immobilization and functional therapy. We wish him a speedy recovery!