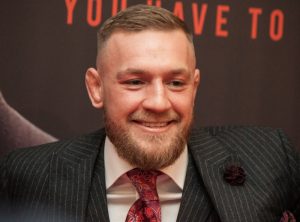 Legendary UFC fighter Conor McGregor sustained a gruesome fracture of his left lower leg during his fight with Dustin Poirier at UFC 264. During the match, it seemed apparent that McGregor sustained the injury during a kick at the end of the 1st round. The fight was called overdue to the doctor’s stoppage after the injury. McGregor was transported to the hospital and underwent surgery to repair his broken lower leg.

Was this injury a freak accident or was there a preexisting injury that led to the horrid injury? Days after the injury and further surgery, McGregor came out and said that he was injured going into the fight with stress fractures in his left leg.

What is a stress fracture? A stress fracture is a small crack that causes bruising within a bone. It differs from a normal fracture because it is usually caused by overuse and repetitive activity rather than one injury.

What is the treatment for a stress fracture? Treatment of stress fractures includes RICE protocol, anti-inflammatory medications, and keeping weight off of the injured area. This may include the use of crutches, boots, or bracing. Activity modification is also necessary to allow the stress fracture to heal. If physical activity is resumed too early the stress fracture may not heal or even turn into a full-blown fracture that would require surgical treatment to fix.

At this time we are unsure if the injury sustained to McGregor’s left lower leg was from a previous stress fracture or not, but the team at Brucato Foot and Ankle Surgery wishes Conor McGregor a speedy recovery and good luck getting back into the UFC octagon!