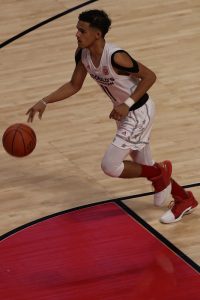 Injuries have been a key issue this NBA postseason. More recently Atlanta hawks point guard, Trae Young, suffered a bone bruise in his right foot. Young and the Hawks are looking to make the NBA finals for the first time in 60 years. With 36 seconds remaining in the 3rd quarter of game 3, Young accidentally stepped on the foot of one of the referees and twisted his right foot. He played the rest of the game on the injured foot but was visibly limited.

Originally the injury was thought to be a simple ankle sprain but when his athletic abilities were severely diminished after the injury, further testing needed to be done. Trae had an MRI done which revealed a bone bruise in his right foot which prohibited him from playing in both games 4 and 5 of the series.

This injury leads to a very interesting topic in foot and ankle injuries: What is the difference between a bone bruise and a broken bone? A bone bruise or bone contusion is classified as small microfractures within the bone without a discrete fracture line. This type of injury is seen inside of the bone but does not directly affect the outside of the bone. Because of this, bone bruises are not able to be diagnosed with an x-ray. An MRI is the gold standard to diagnose a bone bruise.

These injuries are almost always seen with direct trauma to the area. The trouble with bone bruise injuries is that there is a variable time to healing, from weeks to months. Treatment includes rest, ice, compression, and elevation. Anti-inflammatory medications and even some bracing also may be beneficial. Ultimately the most important thing to heal a bone bruise is time. Unfortunately for Trae Young, time is not on his side and he wants to get back on the court as soon as he can to try and give his team the best chance to go to the NBA finals. The team at Brucato Foot and Ankle Surgery wishes Trae a speedy recovery and good luck getting to the NBA finals!