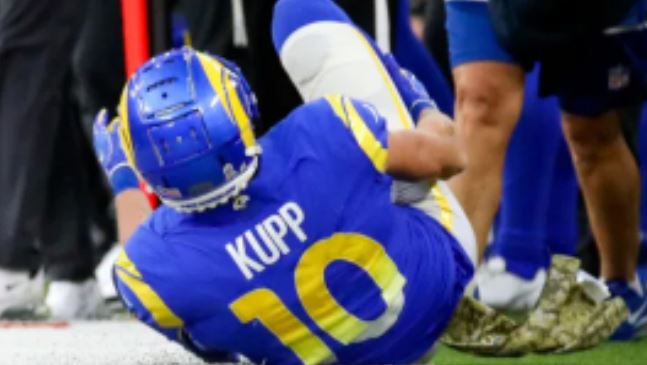 The Los Angeles Rams will be without star receiver Cooper Kupp for at least the next month. Head coach Sean McVay announced that Kupp underwent surgery on his injured ankle 2 weeks ago and will be placed on injured reserve. McVay added that Kupp would have tightrope surgery on the high ankle sprain he suffered during the Rams loss to the Cardinals. The coach wouldn’t declare the reigning wide receiver triple-crown winner out for the season but being placed on IR knocks Kupp out for at least four weeks.

Most common treatment includes immobilization, physical therapy, and P.R.I.C.E.- protection, rest, icing, compression, and elevation. Ankle sprains are diagnosed clinically with pain, swelling, and tenderness over the ligaments. X-rays are used to rule out a fracture. If pain persists, an MRI may be utilized to evaluate for severity and other soft tissue injuries. Most cases are able to return after a course of functional rehabilitation and bracing. If previous activity is not able to be achieved, possible surgical treatment may need to be performed to reconstruct or repair the ligaments.

Oftentimes, surgery is recommended for athletes in an effort to shorten the rehab and return to play timeline. Previously, this surgery involved using 2 metal screws to stabilize the fibula to the tibia. These screws are rigid and would have to be removed at a later date, thus requiring a second surgery. The tightrope allows the syndesmosis to be stabilized in a flexible manner, keeping the natural motion between the tibia and fibula. Since the fixation is flexible, there is no need for a second surgery. Rehab may begin much faster and return to play may happen as soon as 4-6 weeks. We wish Kupp a speedy recovery!