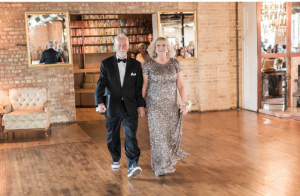 This is so late in coming but wanted to thank you so much for the care you gave to me when I injured my heel in June. If you recall, I came in and could hardly walk as I could put no pressure on my foot and was in a panic as my daughter was getting married 16 days later. You were very calm as you examined and did both an ultrasound and xray. While the heel was not broken it was badly bruised. You immobilized the foot in a soft cast and said to keep off the foot and come back in 5 days. When I returned you next put me in a boot with the good advice to keep off it! I next saw you the day before I was leaving for Chicago for the wedding. The foot was tremendously better and could bear weight by then. You gave me a smaller brace and told me to wear it faithfully throughout the day. Sure enough, I could fit my foot with the brace into my shoes and was in no pain. The wedding was a huge success and I was in no pain and actually dancing. Your aggressive, but non invasive, non RX treatment made it possible for me to enjoy the wedding and even dance. I will be forever grateful!! Thank you so much! 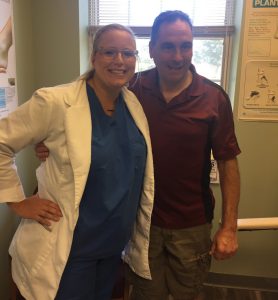 Speaking as the wife of a patient, I can truthfully say that Dr. MaryEllen Brucato saved my husbands life. I brought him into the emergency room of Hackensack Medical Center because he could mildly be described as ‘not himself’, not totally aware of where he was or why. To make a long story short, he had an infected toe (a complication of his diabetes) which he had been treating himself. He was septic, the toe necrotic, and it needed to come off immediately. Dr Brucato was the podiatrist on call and thank God she was. Thanks to her skill she removed the toe and all the gangrenous tissue involved. Because she was able to remove the infected area, she saved him from spending an additional 6 weeks on IV antibiotics at home after his week long admission. He is expected to make a full recovery.

Ken and I are eternally grateful for Dr. Brucato!

“I became a patient of Dr. Brucato after taking a fall off a ladder, I ended up fracturing my ankle and had to have surgery to have two pins put in. Dr Brucato is beyond amazing, besides being informative and professional, she has the most wonderful bedside manner and personality. I also cant say enough about the practice on a whole. The entier staff is fantastic. They are really personable, timely and all around a pleasure to deal with. I cant say enough about my experience at the NJ Foot and Ankle Center, They are a top notch practice!”

“I have been a patient of Dr. Brucato for several years. I had a few minor foot issues which were successfully treated. I then began having trouble with my Achilles tendon last summer. She tried many different treatments, but finally suggested surgery to repair the tendon as a treatment plan. I had the surgery in January of 2016 and have been recovering since then. I am an elementary school teacher on my feet a lot so it was important to heal properly to get back on my feet. I am happy to report my foot feels great 12 weeks after surgery. Dr Brucato and staff were with me every step of my recovery. She took the time to listen and answer all my questions all through pre-surgery to my recovery. I would highly recommend Dr. Brucato with any type of foot issue! Thanks!!!”

“When I first visited Dr. Brucato’s office, I was walking tenderly on my left foot with my nail on my second toe causing more pain than I thought possible. It was impeding my Zumba and strength training and sensitive beyond belief. After one quick visit, Dr. Brucato, whose bedside manner was as impressive as her technical prowess, numbed me without much pain, explained the procedure, and cured me. The toe looks great and I am healed! Fantastic service and professional attitude in this office.”

“I cannot even explain how grateful I am to Dr. Brucato for helping me get back on my feet! Before having bunion surgery, I was very unhappy because I could not easily do my everyday activities. I was in a lot of pain and i did not think I could fix my problem easily. Luckily, I was able to put myself in great hands here at NJ Foot and Ankle Center! Now, I am much happier and honestly amazed because it feels and looks as if I never struggled with bunions!”

“If I may quote Charles Dickens – ‘It was the best of times, it was the worst of times’. Initially, I suffered the worst of times, literally, in my entire life. I got a bad infection in my left foot, and had to have my great toe amputated. This was of course, personally quite devastating, and yet, It was my great good fortune to have Dr Maryellen Brucato as my podiatrist. At every step over a months-long process, she treated me with utmost professional competence, thoughtfulness, and unfeigned compassion. Today I will be walking normally out of the clinic, having ‘graduated’ in Dr. Brucato’s words. I am eternally and profoundly grateful to Dr. Brucato”

“I was very nervous when I first came in. I had been sliding on a wood floor in my socks and I got a huge splinter caught in my foot. I had to have E.R. surgery to have it removed. Dr. Brucato was awesome! She made me feel better. She was very kind. Thank You!”